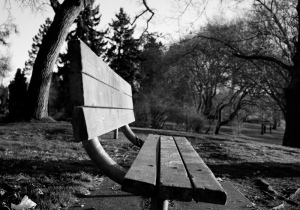 I woke up 30 minutes earlier than my alarm, at 6.00 am. It was a Saturday morning, I could use some more sleep that I don’t normally get on weekdays, yet I was wide awake. It was a cold winter morning. I brought my blanket out with me to the living room. I crawled on the sofa, cocooned inside my blanket and turned on the TV. It was a news show, and the news was about this oddly bright blonde haired politician- or celebrity, well I was not sure who he was actually, he just showed up on TV a lot lately. Then, I recalled that he was running for presidency. No wonder that he was on TV a lot.

Bored. I changed the channel. But there was nothing interesting on, mostly morning news and some weird shows that I had no interest to watch. Well, it was the morning. People don’t normally watch TV in the morning, right? Then, I remembered that I haven’t watched the latest Top Model episode that I recorded last Thursday. Now might be the best time to watch it.

Half way through the show, I lost my interest. My favorite Model was caught cheating. Gosh, I felt mad. I really liked her and I wanted her to win, but she cheated, that made me feel disappointed. I kept the TV running, but I did not pay attention to it. I just looked up the window and the sky was still dark.

I wanted to sleep so badly, but I did not feel sleepy at all. I closed my eyes and tried to invite the drowsy feeling to my system. I failed miserably. It just made me dizzy and uneasy. It made me half bored and half hungry, or maybe 70% bored and 30% hungry. I just got hungry when I realized that I didn’t know what else to do.

I walked to the kitchen, with my blanket on. I opened up the fridge and then I saw that I had plenty of food to get creative with. I decided that I was going to make myself a very big breakfast. I would make scrambled eggs, whip up some French toast, fry some sausages and turkey ham. Those were just random combination of breakfast menu but I did not care.

I felt that it was difficult to cook with my blanket on, so I decided to take it off. It was getting warm, anyway, from the cooking heat. In half an hour, I plated my super big breakfast. I looked at my work and drew a big smile. Proudly, I put my breakfast on the table. I noticed pool of sunlight under my window beside my dining table. The sun rose while I was cooking. I made myself some coffee and then my breakfast was complete. I realized that I wasn’t really hungry to begin with. I could only manage to finish a third of my plate- with so much effort. What was I thinking back then? I sighed. But I finished my coffee.

The day felt strangely light, in a way that I felt unanchored, adrift. Have I forgotten something or I was just simply bored to the bones? Honestly, I felt a little anxious not knowing what is missing or what I am forgetting. It seemed like I lost the purpose of the day. What was this Saturday morning supposed to be? Lazy day? Workout day? Sleepover day? And why the hell I thought hard about it, anyway?

Since the sky looked nice and clear, I decided to go out for a walk. I put on my jacket and my shoes. It was windy, but not the slap-your-face kind of windy but more like caress-your-face kind of windy. The weather was pleasantly cool and I felt that I have made the right decision to go outside. But getting nearer to the beach, the wind became harsher. Like Cinderella turned to step-sisters. My lungs were filled with cold air which consequently formed up cloud of steam out of my mouth.

I passed a red haired jogger along the way. I never saw her before. She was wearing black long-sleeves running shirt and black knee-length running pants. I could tell that she works out a lot from her lean perfect body, reflected from her tight outfit. She had her earphones on and her gaze was straight to an imaginary point in front of her, filled with determination. She passed me like someone passes a wind, just concentrating on her run. Then I passed another jogger. I, actually, saw him a few times on this route. Usually, he jogs and I walk to my office. He was a middle-aged man with a friendly countenance. He wore his usual type of jogging outfit; a t-shirt and shorts, undisturbed by the cold (or unaware?). I applauded for that, mentally. He smiled while we passed each other.

I saw an empty bench that faced the beach. I always pass it, every day, on my way to and from work. It always intrigued me somehow. I always wonder how it feels like to sit on it. Then, I decided to sit on it this time. The bench was made out of wood, so that my butt didn’t feel so cold. The breeze was worse here, nearer the beach. But the sound of the wave was refreshing to me. The sound- when the wave broke to little waves and hit the water underneath it- rhymed.

I looked at the vast horizon. Then, I noticed how it was indeed vast. Across me, would be the coast that belonged to some country very far away or it might even be the other side of this island. I saw flock of birds flew over the horizon. I didn’t know what kind of birds they were. They looked very tiny from where I sat, just like moving dots at the sky. It made me realized that I have never noticed many things before. Those things were always there, being present, but I never paid attention to them.

But, then, I noticed something else. I noticed that I stopped thinking about you. I didn’t remember when I stopped exactly, I wasn’t sure. But sitting here at this moment, I recalled that, since this morning I woke up, I haven’t thought about you.

Does it mean that I am starting to forget you? Is that bad?